Moving from Naples, in approx 30 minutes we reach this beautiful archaeological site, where you will admire what it was before it was completely buried beneath the ashes of Mt. Vesuvius.
The ruins area is so big that you need to tour for no less than 2 hrs.
Hiring a professional private guide, you’ll have a complete and real journey into the past.
Our services are personalized: combine the private tour of Pompeii with other beautiful location, take the advantage of OUR SUGGESTIONS.

Here are some helpful information before you start your tour:

Pompeii – The Journey into the past

Pompeii was built on a lava plateau, flanked by a canal which was used to connect the city to the nearby seaport. A city that stretched over an area of approximately 66 hectares, with an old housing development dated back to the sixth century BC. In the late fourth century BC as a result of continuous pressure from Samnite populations, Pompeii asked and was granted protection from Rome and then entering into a political organization called ROMAN RES PUBLICA. Over the years, the population of Pompeii asked with more frequency greater equality and social policy to Rome, a request didn’t met, and in fact in 89 BC to the first rebellion, Pompeii was under siege by the troops of General Silla, and in 80 BC Pompeii capitulated becoming a Roman colony. With the status of colony Pompeii was enriched public and private buildings and further embellished, especially under the Emperors Octavian Augustus and Tiberius.

Its importance as a commercial centre grew increasingly since Pompeii was the flourishing centre of so many crafts, a feature discovered thanks to the many shops found throughout the area of excavation. a first blow To all this wealth was given when in the year 62 AD Pompeii was hit by a violent earthquake suffering serious damage. But the people of Pompeii were not discouraged, despite the city was nearly destroyed, they began to rebuild Pompeii even more beautiful. In 79 AD Pompeii was still on “work in progress” when in August 24 around noon a catastrophe of enormous proportions struck Pompeii: the explosion of Mount Vesuvius; an explosion of lava, ash, gas, pumice stones and lapillus an explosion that destroyed everything that stood and of course the city was not spared. For more than 1000 years has been buried by ash, until the early findings of the sixteenth century. But with the advent of Charles III of Bourbon, King of Naples, in 1748 they began systematic excavations and becoming the most important and attractive destination for travellers and historians of the period.

But to begin to get a more accurate archaeological digging,it was not until the mid 1800s when the most illustrious Neapolitan professor of archaeology, Nicola Fiorelli began to divide and classify all the material found, an enormous amount of work continued from 1924 to 1961 by another great archaeologist, Amedeo Maiuri. Thanks to these people and others with an infinite talent, today we can admire the treasures of inestimable historical value collected and exhibited in the most important museum of classical archaeology in the world. the “Archaeological Museum of Naples” and still thanks to these wonderful people that visitors from all over the world can admire the temples, along roads and lanes, houses and shops.

A walk amongst the excavations of Pompeii is a unique experience that captures the feeling of life in ancient times, in fact the most surprising aspect is the number of homes, luxurious or humble. Even more surprising is the amount of furnishings that have remained intact, permitting us to see into the personal aspect of the life of the inhabitants. Homes like the Menandro house, the house of Vetti, house of the Faun, Villa dei Misteri (this last is one of the most important villa of Pompeii for its paintings). all this, with so many other findings, gives you the occasion to know a civilization still unmatched, a civilization of over 2500 years.

The service will be performed by English speaking driver using Mercedes sedan or deluxe minivan; Pompeii can be combined with other gorgeous locations. 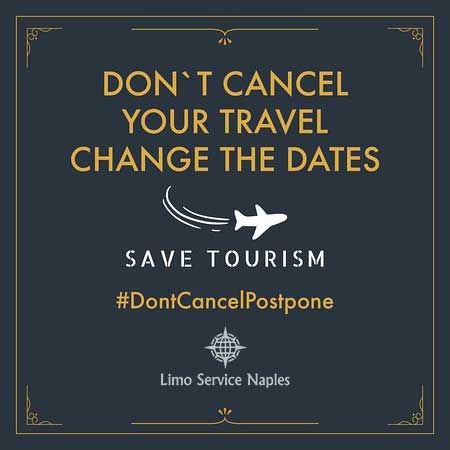